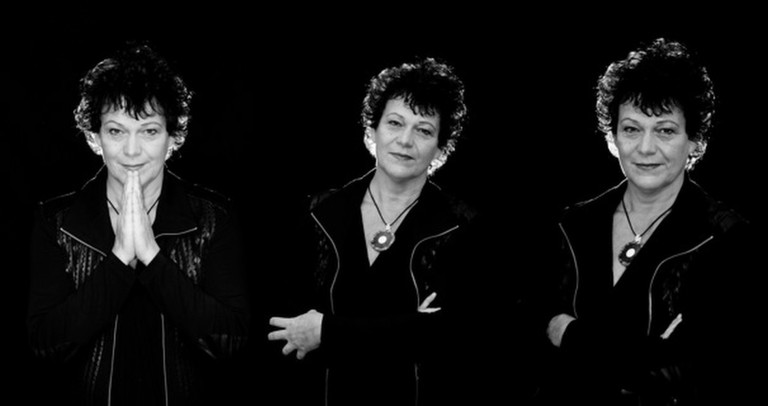 My name is Manon Tromp, and I’m a jazz and blues singer based in Glastonbury, UK. Please visit my YouTube videos and Soundcloud clips if you’d like a taster of what I do. If you like to listen to our blues, please have a look at the video of the Glastonbury Grow Room.

My repertoire includes: Ain’t Missbehavin’ | All of Me | Georgia | Feeling Good | Fever | God Bless the Child | Fine and Mellow | My Baby Just Cares for Me.

“Manon’s voice gives the blues credit; it’s a real treat to listen to her.” – Ann, Glastonbury

“A beautiful, jazzy, soul voice. Always amazing and backed by accomplished musicians. A real treat for the ears.” Deborah, Glastonbury 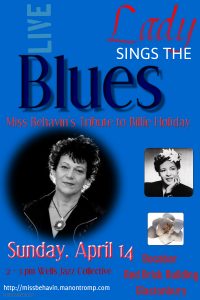 I also host a popular monthly open Jazz Session and Blues Session. Everyone is welcome – why not join us? 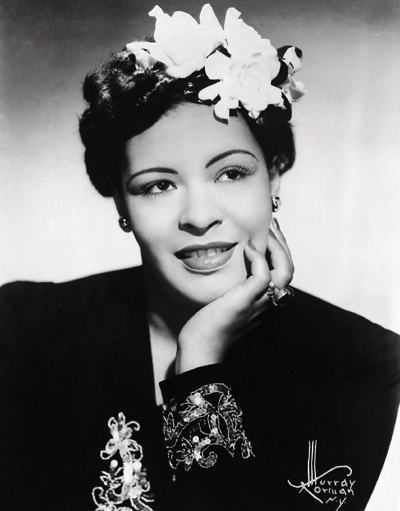 I got my inspiration for singing from Billie Holiday who has been a major influence in the jazz and blues scene. My favourite song ‘God Bless the Child’ always gives me an emotional feeling, something Billie was always able to do when she sang any song. Miss Behavin honours Billie Holiday and has a special show prepared with songs like ‘What a little moonlight can do’, ‘Strange Fruit’, ‘Don’t explain’ and ‘Them there eyes’. We tell her story and take you back in time. For bookings please contact: missbehavin@manontromp.com 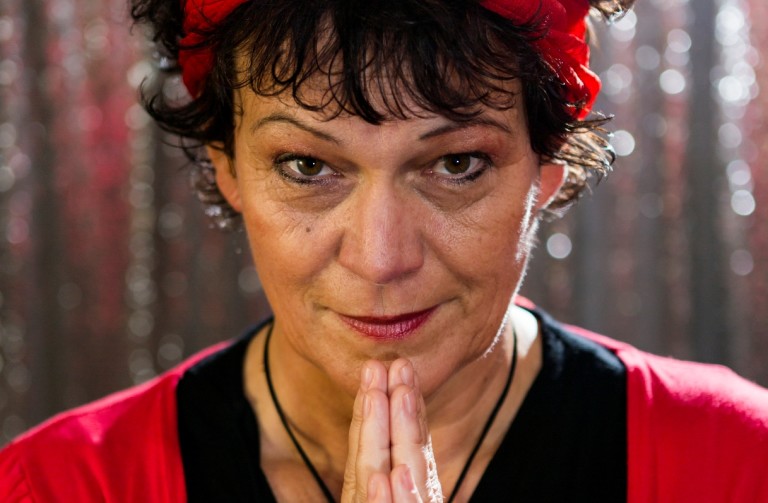 About Manon and Miss Behavin’

I have always loved singing – as a young girl I always wanted the lead part in the school musicals and when I was older, I really got into singing karaoke. I decided I liked it so much that I started taking singing lessons. I was already 30 years old at the time and had two small children, so the singing always stayed on the sidelines as a hobby. I did sign up to Amsterdam’s Jazz school – DJAM – for more music training and singing lessons. After I moved from Amsterdam to Haarlem, I started a jazz band with my friend Carole Hoedemaker, an excellent singer who is still performing. We called the band Misbehavin – after the song Ain’t Misbehavin’ written by Fats Waller in 1929.

From the Heart and Soul…

Ain’t Misbehavin’ was later performed by many famous singers, but my favourite version is by Billy Holiday, who is my inspiration for all the songs that I do. There was a certain emotion in her singing – a unique sound – and of course something which cannot be imitated, as I believe it was influenced by her not-so-nice life. Still, if I sing her songs, I can feel that emotion coming through and that is exactly how I like to sing: from the heart and from the soul.

In Haarlem we performed in cafés, at events and other occasions. Unfortunately the band dissolved after I had to move back to Amsterdam. In Amsterdam I attended sessions and had more singing lessons. I was still raising my children and had no time to put singing first. But, as kids do, mine grew up and when they became more independent, I moved to Glastonbury, UK.

This place had been calling me already for a long time. It has a beautiful Celtic history and a wealth of sacred sites, and I knew I wanted to be there and work there. The first year I set up as a sacred tour guide and teacher, but in my second year I discovered that Glastonbury has a very active music scene.

I started to attend and participate in the weekly sessions, like the amazing blues session, the open mic and a monthly Jazz Session. One evening I asked around for jazz musicians and was directed to Tom Billing – a passionate musician who plays keyboard and saxophone. I introduced myself and said I was looking for a jazz band.

“Well,” he said, “we happen to be looking for a jazz singer.”

And so a new Miss Behavin’ band was started. This time, the ‘Miss’ was me, or so Tom says!

We have been playing together for a few years now, doing gigs in and around Glastonbury. I also organise a popular monthly Jazz Session in the town which has been running since January 2015.

Now, I love jazz. But I also love the blues, so the weekly Blues Session has given me an opportunity to write my own lyrics – as I can only sing blues when I am feeling the words. Blues is my story and my story alone. It’s a catharsis, and after I’ve released those emotions I feel very good indeed! I have now started a blues band with an exceptional guitar player called Dave Butler. Tom is also in this band – this time on his saxophone. He also arranges all the music. I feel very lucky to play with musicians such as these.

Here’s a taste of some of my favourite songs to sing and perform:

Hover over the image and click the arrows to scroll through the gallery. 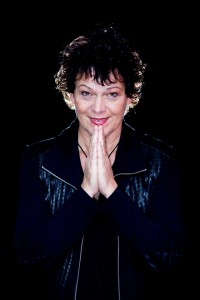 Manon Tromp is a jazz and blues singer living in Glastonbury, UK. She sings weekly with her jazz and blues band, Miss Behavin’. For more info, to book, or simply to get in touch, contact Manon:

There are no upcoming events at this time.

There are no upcoming events at this time.